Americans Are Not Fooled by Democrats’ ‘Defund the Police’ Flip-Flop 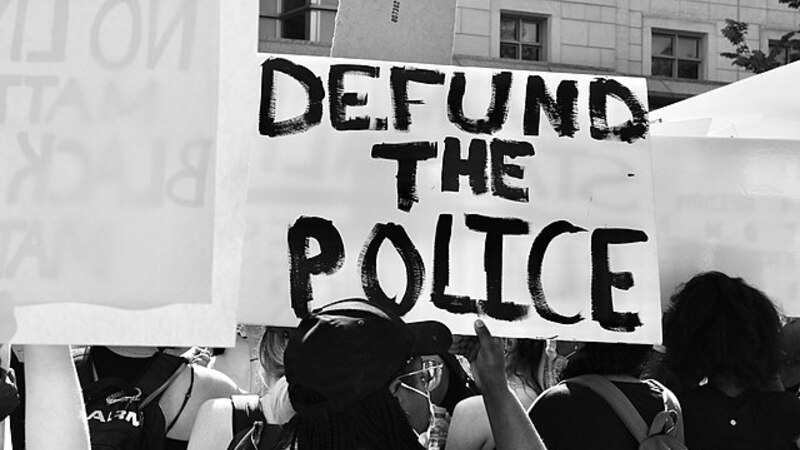 In perhaps the most radical public policy reversal ever made by a U.S. president in a State of the Union address, Joe Biden retreated from his party’s years-long embrace of the “Defund the Police” movement in his primetime March 1 remarks. “We should all agree the answer is not to defund the police,” the President told the nation as part of a seemingly last-ditch effort to improve his plummeting poll numbers. Instead, he vowed to “protect our communities” through measures like “crime prevention” and hiring “more police”—as though he and his party hadn’t spent the better part of the last two years working to do precisely the opposite.

But don’t let Biden’s bait-and-switch fool you. As the Biden administration struggles to handle an expanding list of national crises, the President has likely realized that the Democrats’ only remaining plausible strategy to tick up their approval ratings is to give the impression they are less radical than they really are—even as they continue pushing the same far-left policies.

In reality, Biden’s record on crime and law enforcement speaks for itself. As Democrats once again attempt to downplay or outright deny their well-documented record of weak-on-crime extremism, the Republican Party—and the American People—should denounce the left’s war on police and stand boldly in defense of the heroic men and women of our nation’s law enforcement.

Though Joe Biden and top national Democrats would like for Americans to think their alliance with efforts to defund the police simply never existed, their own words tell a different story.

When then-candidate Biden was asked whether the U.S. should “redirect some of the funding” from police departments during the summer 2020 riots, Biden responded unhesitatingly with “Yes! Absolutely.” He also voiced agreement with the left-wing narrative that American law enforcement is “absolutely” systemically racist. 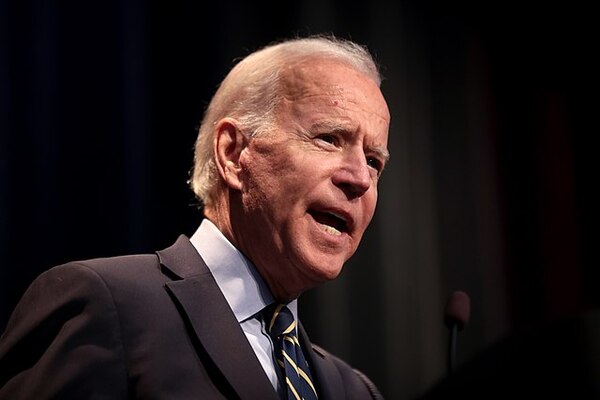 Speaker Nancy Pelosi similarly reveled in the idea of defunding law enforcement, indicating she thought Congress should “shuffle some of that money” around. Then-Senator Kamala Harris also commended the efforts, going so far as to encourage her supporters to bail out arrested looters and rioters in Minnesota. Congresswoman Ilhan Omar (MN-05) took it a step further, saying she wanted to completely “defund” and “dismantle” American law enforcement, which she believes to be “rotten to the root.”

This inflammatory rhetoric has had devastating effects on America’s cities and communities. According to Forbes, since August 2020, at least 13 Democratic-controlled cities either defunded or are currently in the process of defunding their police departments. Consequently, in the months following the summer riots, America saw the single largest increase in homicide in modern history. At the end of 2020, cities like New York, Chicago, and Los Angeles reached murder increases as high as 50 percent compared to 2019—culminating in a more than 27 percent murder increase nationwide, or the largest spike in at least 60 years.

This trend has only escalated since Biden took office: in 2021, American cities reported massive increases in murders and other violent crime. Last year alone, 12 cities run by Democrats hit all-time homicide records, including Philadelphia, Indianapolis, and Austin. Carjackings and vehicle thefts have also skyrocketed, with an 81 percent increase in carjackings in New York, a 45 percent increase in Washington, D.C., and a 44 percent increase in Chicago

Meanwhile, the Biden administration is pushing legislation that would abolish cash bail and take away qualified immunity rights, the Department of Justice has dismissed almost half of its cases against rioters in Portland, and Biden is hiring prosecutors who refuse to prosecute crime and staffing his administration with soft-on-crime radicals. Is anyone truly surprised that, between 2020 and 2021, police department retirement rates have catapulted by 45 percent?

No matter how much Joe Biden and others in his party try to deflect, downplay, and deceive the country about their active complicity in the “Defund the Police” movement, the American people can see through their lies. An October 2021 NBC News poll found that Republicans hold a massive 22-point advantage among registered voters on the issue of crime compared to Democrats.

The courage, sacrifice, and heroism of our nation’s men and women in blue are invaluable assets to the American way of life—and now more than ever, they need our full and enthusiastic support. As former Acting Attorney General, I witnessed firsthand the indispensable role that police officers play in our daily lives. Now is not the time to defund, discredit, or disparage our law enforcement officers—but instead, to defend, uplift, and empower them.

Until Joe Biden and Congressional Democrats can bring themselves to adopt a pro-police, pro-safety platform and stop pushing soft-on-crime policies that are ravaging America’s cities, they should stop paying lip service to law and order.

No matter how hard the left tries, Americans will not soon forget their long and vicious line of attacks against law enforcement. And nor should they.

Matthew Whitaker is co-chair of the Center for Law and Justice at the America First Policy Institute and the former Acting Attorney General under the Trump administration.